Review of the Kia Sportage, one of PNG's most popular cars - Marketmeri.com

Review of the Kia Sportage, one of PNG's most popular cars 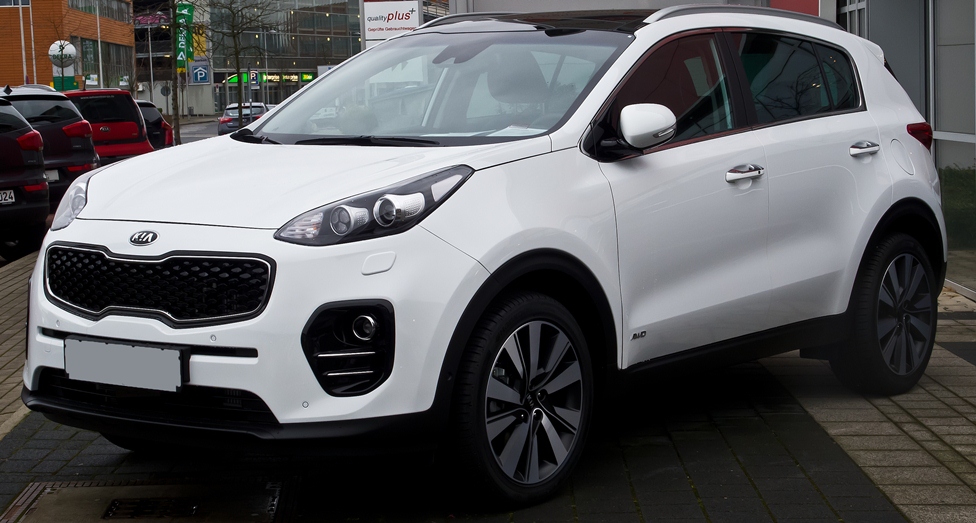 With all the competition out there, Kia is set on keeping its name afloat the chaos with its set of high quality but affordable cars. One of which is the Kia Sportage – a compact crossover car that carries features that are sure to surprise anyone who does not think highly of it, especially when comparing it to its competitors: Ford Escape, Honda CR-V, and the Hyundai Tucson.

In PNG and Port Moresby in particular, the Sportage is an ever popular choice thanks to both its affordability, off-road credentials and size. Given PNG’s poor roads and the eve-resent danger of carjacking, the Sportage is affordable, tough, reliable and has the bulk needed to get you out of trouble should you need it. The Kia Sportage was introduced way back in 1995 under the joint venture of Kia with Lotus engineering. Since then, they’ve made several improvements. And due to its popularity, the second generation came out in 2005 with a shared set of design and engineering with the Hyundai Tucson. The engine moved up to a V6 with 129kW and the body of the car grew. But this was met with criticism because of claims that the off-roading capabilities were sacrificed in order to get a better performance of the car for city roads.

These were addressed as a face lifted 2nd generation Kia Sportage was introduced in 2008. It now featured a 2.9 diesel unit, producing up to 112kW. The front fascia was also redone – along with new headlights, revised tail lights, and a refreshed front grille. It wasn’t until around 2010 that the Kia Sportage would receive another facelift. Only, this was going to be a major redesign. The third generation of the KIA Sportage premiered in 2010 with totally different exterior and interior looks. From then on, the Sportage would be known as a compact utility vehicle. It had an increased number of fluid lines, a redesigned center console and refined dashboard. Add-ons included a panoramic sliding sunroof.

The year 2014 brought even more enhancements for the Kia Sportage. It came with pronounced wheel flares sweeping angles, LED taillights, and HID headlamps, standard high-performance dampers, and a tilt and telescopic steering column. In addition to that, the Kia Sportage was also fitted with a 2.4-liter GDI four-cylinder engine. This delivered around 136kW and 177 pound /foot of torque. The fourth generation KIA Sportage was first introduced back in 2015, sporting an attractive design that’s inspired by jet fighters – focusing on the smoothness and sharpness of each shape. But more importantly, the new design helped in reducing the drag coefficient.

The dashboard has also been restyled to reflect simply its driver-oriented capabilities. The rest of the interior of the KIA Sportage features an improvement with the quality of materials used, including metalwork and soft-touch panels. A widened wheelbase also gave the designers a chance to provide more room for passengers. 
2017 brought about yet another upgrade cycle for the KIA Sportage.

It now comes with two engines – namely, a 2.4L inline-four engine and a turbocharged 2.0L inline-four engine that’s exclusive to the SX trim. Both have six-speed automatic transmissions and run on either front- or all-wheel drives. The 2.4L variant packs a powerful 135kW with a torque of 175 lb-ft. Meanwhile, the turbocharged variant can produce 177kW to 179kW with a torque of 260 lb-ft. Of the two engine versions for the Kia Sportage though, the more affordable 2.4L is a little less refined in terms of performance. But while that’s the case, it still runs a bit faster than the Nissan Rogue. The transmission of the KIA Sportage shifts well and the turbocharged engine can generate a lot of power. The front-drive SX can go from 0 to 60mph in a little less than 7 seconds. But the drawback from getting the turbocharged variant is that it’s a bit more expensive.

The Sportage is also the first vehicle that used Kia’s UVO3 update for its infotainment system. These are installed on the 5.0-inch displays in all base models, on 7.0-inch units for the EX, and the 8.0-inch for the SX variant. It’s user-friendly and offersa lot fo features, however it’s not the most responsive touch screen. These cars also come with voice recognition control which is passable, but also  well-compensated with knobs and buttons shuould the voice recognition or delicate touch screen break.

Road travels might be a bit tiring with the Kia Sportage when there are more than 2 people riding because of its limited cargo space. However, the load floor can be adjusted to two heights, making storage more flexible. Advanced safety features are such as lane-departure warning, front and rear parking sensors, automated emergency braking, rear cross-traffic alert, and blind-spot monitoring are availanle, though they are reserved for the high-end SX and EX variants. This is a letdown when compared to the Honda CR-V which offers most of its active-safety features beginning with its base level EX CRV Model.

What to look for:


Damage is always one of the first things to look for if you’re planning to buy a secondhand car, especially given PNG's poorly maintained or unmade roads. In the case of the Kia Sportage, like most cars in PNG they live a hard life, so look for dents and scratches. Especially dents in the  in the underbody, because damage here may be an indication of rough usage and sometimes serious off-road use. This isn’t to say that the Sportage cannot be used off-road, it is still a utility vehicle, but it’s not the top in its class.

Weather can also be a factor in damage. Check to see if all components including the air-conditioning, electronic system, and engine are running without any issues because these can be damaged from heavy flooding (flooding is rare in Port Moresby, but does happen due to poor road drainage!). The gearshift should also run smoothly and quietly.

Also inspect if the safety features are running such as the assists and the emergency systems, if applicable for the trim.

Where to buy Kia Sportage New & Used in PNG

Where to buy a used KIA Sportage in PNG, Port Moresby and Lae:

There are lots of great places to source a used Kia Spotage in PNG and Port Moresby and of course we woudl recommend starting your search there! You can search both the MarketMeri.com website or use the MarketMeri.com App which you can Download Here.

Where to buy a new KIA Sportage in PNG, Port Moresby and Lae:

Boroko Motors holds the distribution rights to Kia in Papua New Guinea and is the best place to find a new Kia Sportage in Port Moresby and the other capitals, view it on their website here. The following are the addresses and phune numbers for Boroko Motors and their dealerships across PNG: